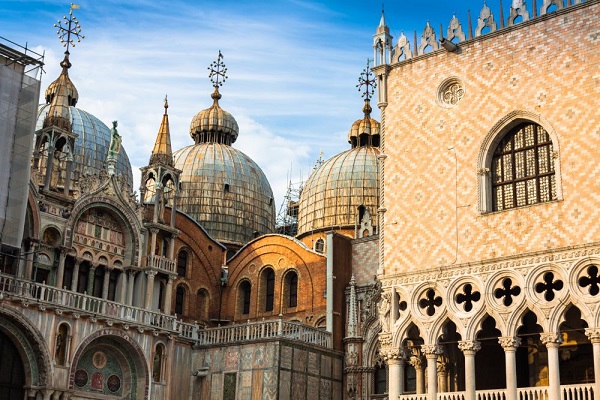 Have you ever noticed the brightly painted, wide-arched grouped windows of an ancient church or castle? Don't they look sinister yet captivating at the same time? The answers lie in the Gothic style of architecture that appeared in the 12th century. 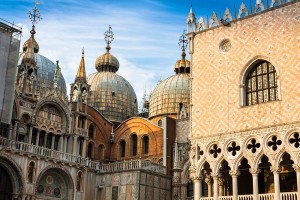 Although the word 'Gothic' may sound derogatory due to the misconception that it is associated with pagans and devils, it is an age-old art form. Gothic-styled windows are characterized by pointed arches, flying buttresses, rose windows, minarets, spires and pinnacles, and ornate facades. Many modern-day architectures are greatly inspired by these amazing Gothic designs.

How Did the Gothic Style Evolve?

The barbarian tribes, known as Goths, destroyed the classic subtle style of Roman buildings and imposed their own indigenous architecture, which was coined as 'Gothic'. The style underwent various transitions by Romanesque architects. Although the Gothic style was similar to its contemporary styles in many aspects, it was mainly distinguished by pointed arches. Furthermore, technological advances promoted this style on a wide scale.

The solid walls with small openings were replaced with wide windows and doors. The idea behind these designs was to implement bright and ventilated interiors while maintaining soaring walls of stained glass on the outside. This is why Gothic-styled buildings came with raised roofs and a large number of windows.

Eventually, this style evolved as a myriad of various cultures with a faint mixture of Arabic styles being noted as well. 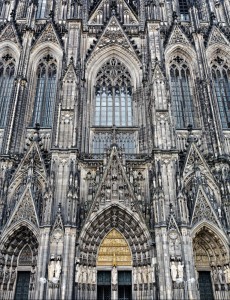 When carefully observed, you might notice a plethora of art forms and designs on any classic Gothic-styled building. And though the pointed arch is a key-feature in the Gothic style, the windows occupy a special position.

Let's take a look at a few of these windows:

1. The Rose Window An epitome of excellence in intricate design, Rose windows are particularly characteristic of Gothic architecture. Featuring circular shapes along the edges, they consist of equally divided segments that use stone mullions or tracery. It is also known as the wheel window or Catherine window. These windows were used at the top of a dome or placed under a pointed arch.

If you are looking to give your home a modern artistic touch, the Rose window could be the perfect solution. 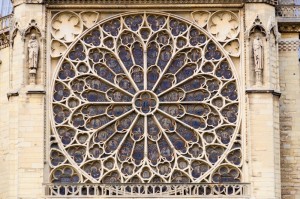 A Lancet window is a tall, narrow window with a pointed arch at the top. These windows were first seen on Gothic architectural structures of the earliest period. Lancet windows may be built individually, in pairs, or at times grouped with the tallest one in the middle, a design that gave way to more ornate windows. This window is one of the typical features of the Early English (13th century) period in Gothic architecture. Modern day windows such as casement or French style seem to be inspired by this pattern.

A significant number of buildings remain from this period, of which many of the larger churches are considered priceless works of art and listed with UNESCO as World Heritage Sites. So if you are looking to adorn your beautiful home with an ideal mix of flamboyance and class, Gothic style windows may be the perfect solution to your needs. 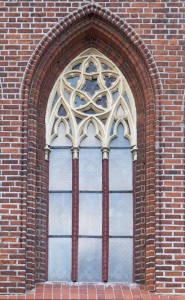